By Dillon Graff February 24, 2022 1:43 pm
By Dillon Graff | February 24, 2022 1:43 pm CT
With Spring practice just over a month away, the Wisconsin Badgers will begin their off-season program needing to replace a significant number of snaps at several key positions.
The nations top ranked defense from last season will need to replace eight preferred starters, and the offense will have six starting spots of their own with voids needing to be filled.
The next man up philosophy will certainly be put to the test in 2022, but all hope is far from lost for the Badgers.
Paul Chryst and his staff have done an excellent job building established depth throughout the roster, and have a plethora of talented players that have waited their turn to make an impact on the field.
With that being said here are three reasons to be optimistic about Wisconsin Football in 2022… 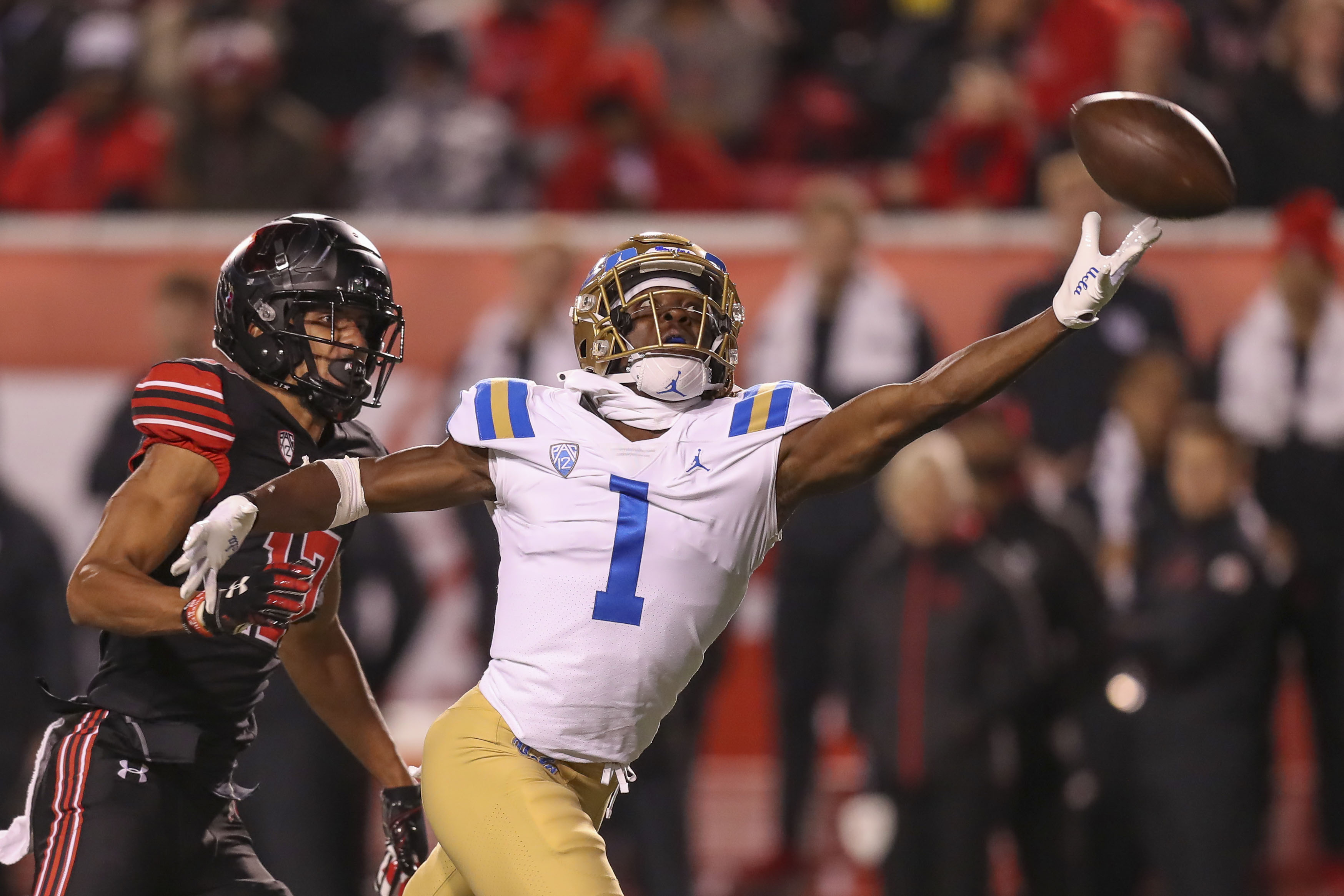 Oct 30, 2021; Salt Lake City, Utah, USA; UCLA Bruins defensive back Jay Shaw (1) defends a pass for Utah Utes wide receiver Devaughn Vele (17) during the third quarter at Rice-Eccles Stadium. Mandatory Credit: Rob Gray-USA TODAY Sports
Through the transfer portal, the Badgers were able to take a position of perceived weakness (corner-back) and instead turned it into a position group with palpable depth.
Not only does Wisconsin return several players that have seen the field at UW, but now they’ve added players like Justin Clark (Toledo), Jay Shaw (UCLA) and Cedrick Dort (Kentucky) that can presumably step into large roles immediately next season.
This also allows for some of the promising underclassmen to continue their development and better prepare themselves for significant roles in the future.
This will be a very different looking Badgers secondary next season, but they look better today than they did entering the off-season. 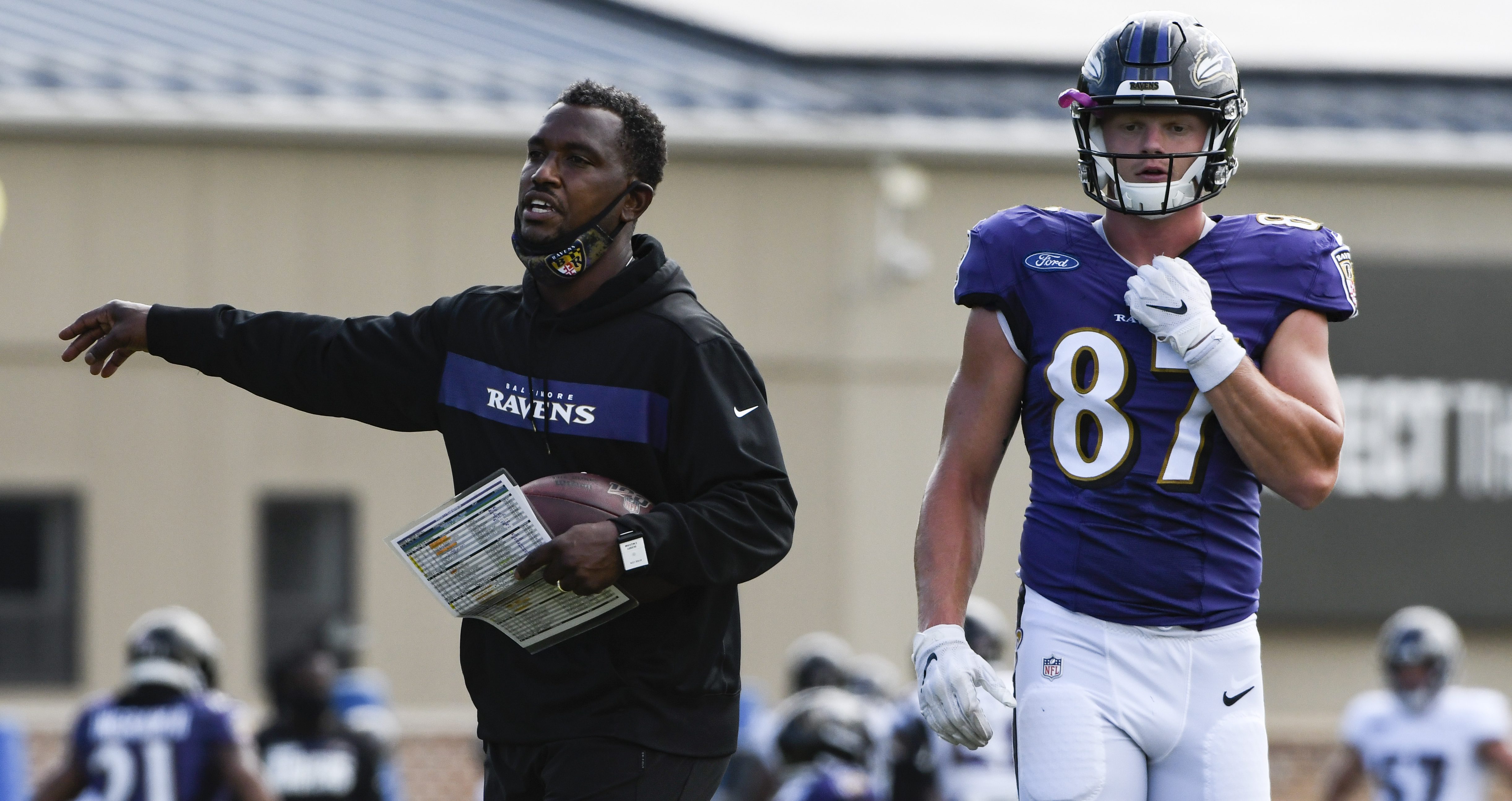 Aug 17, 2020; Owings Mills, Maryland, USA; Baltimore Ravens tight end coach Bobby Engram provides direction as tight end Eli Wolf (87) walks across the field at Under Armour Performance Center. Mandatory Credit: Tommy Gilligan-USA TODAY Sports
Wisconsin’s offense has under-performed the past two seasons, especially by their standards, and were in desperate need of some fresh ideas to prevent things from getting stale.
To help inject some life and implement some new concepts, the Badgers hired former Baltimore Ravens tight ends coach Bobby Engram as the new offensive coordinator.
We have very little to go off of in terms of what to expect, but he’s an experienced coaching hire that’s worked under some of the NFL’s brightest minds.
A fresh perspective, and new voice in the locker-room will certainly be a positive for an offense desperately needing to improve their passing game. 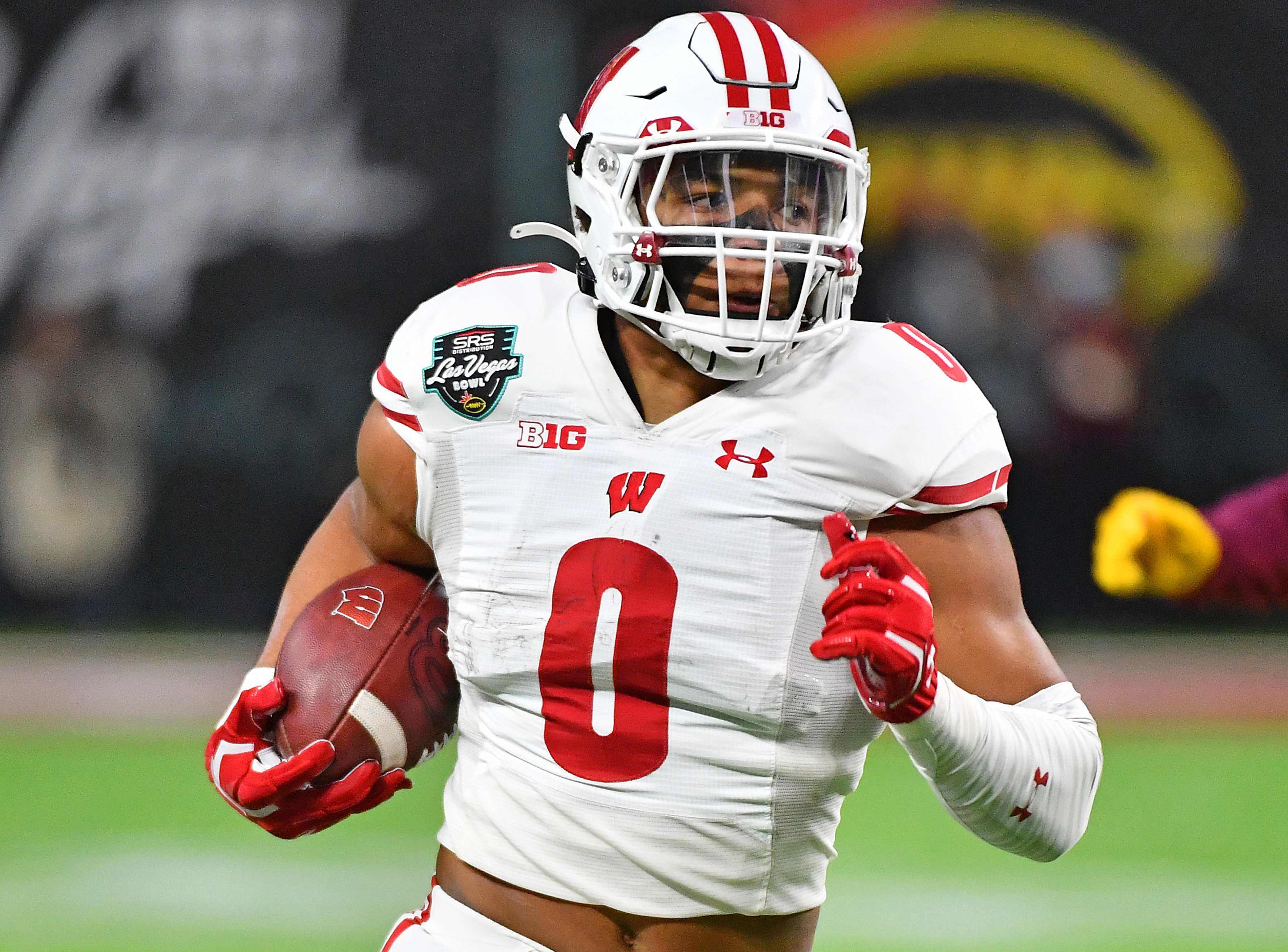 Dec 30, 2021; Paradise, Nevada, USA; Wisconsin Badgers running back Braelon Allen (0) runs up field against the Arizona State Sun Devils during the 2021 Las Vegas Bowl at Allegiant Stadium. Mandatory Credit: Stephen R. Sylvanie-USA TODAY Sports
Yes, the Badgers are losing a ton of experienced starters entering next season. But what they do have is some high-end talent they can build around and help give this team instant identity.
The Badgers return one of the nations best running backs in Braelon Allen. He was terrific during his freshman season, and now that he’s no longer a juvenile, watch out.
I’d expect the sophomore tailback to be on a plethora of preseason watch lists and even mentioned as a Heisman hopeful entering the 2022 campaign.
Wisconsin’s power running game will be in good hands with Allen and the gluten of talent along the offensive line.

This site is not endorsed by, sponsored by, or affiliated with University of Wisconsin–Madison.
Powered by WordPress VIP

Sep 28, 2022
Manage Cookie Consent
To provide the best experiences, we use technologies like cookies to store and/or access device information. Consenting to these technologies will allow us to process data such as browsing behavior or unique IDs on this site. Not consenting or withdrawing consent, may adversely affect certain features and functions.
Manage options Manage services Manage vendors Read more about these purposes
View preferences
{title} {title} {title}