By Patrick Conn March 3, 2022 11:26 am
By Patrick Conn | March 3, 2022 11:26 am CT
Whether you agree or not, I think everyone has their eyes on the Forty Acres for the upcoming season. Texas Longhorns head coach Steve Sarkisian finished the 2021 campaign 2-6 over the final eight games.
The team finished on a high note with the win over Kansas State but losses to Kansas, Oklahoma, West Virginia, Oklahoma State and Baylor were tough pills to swallow in Year 1. Should Sarkisian be worried in Year 2 in Austin? One analyst thinks so.
According to Dennis Dodd of CBS Sports, Sarkisian’s hot seat will be among the 22 storylines to observe in the 2022 college football season.
Just sayin’ after the Kansas loss and a disappointing 5-7 debut.
One could easily make the argument that 5-7 should put a coach on notice heading into the next season, but this is like an onion. There are layers in this situation for Texas. 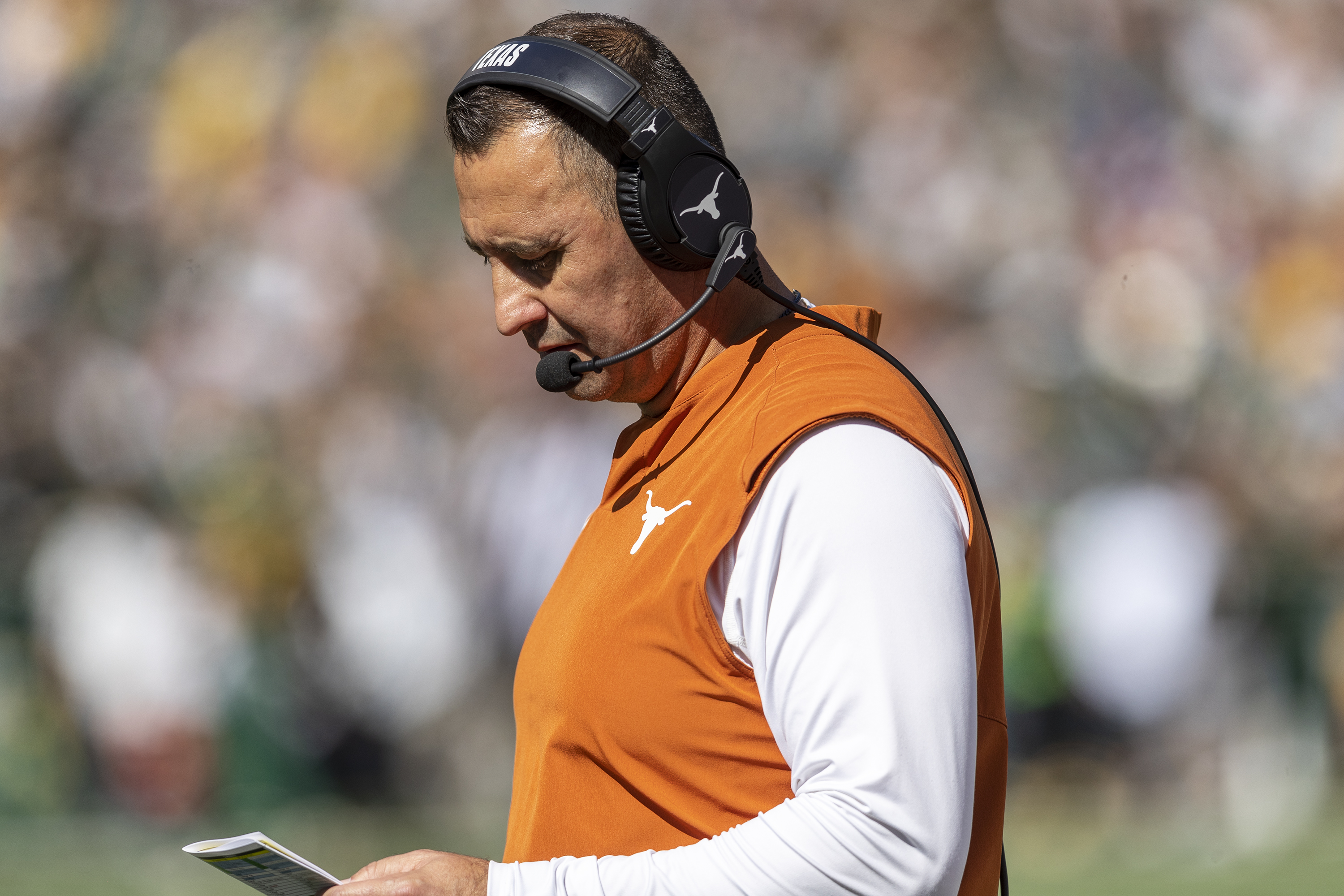 Stephen Spillman-USA TODAY Sports
Let’s start with the obvious. Texas wiped the staff clean for the most part with only running backs coach Stan Drayton and wide receiver coach Andre Coleman returning for the 2021 season after serving under Tom Herman. Everyone else was new to Austin. It is difficult to believe the Longhorns were going to just hit the ground running. While you expected them to be better, tapping the brakes is the right mentality. 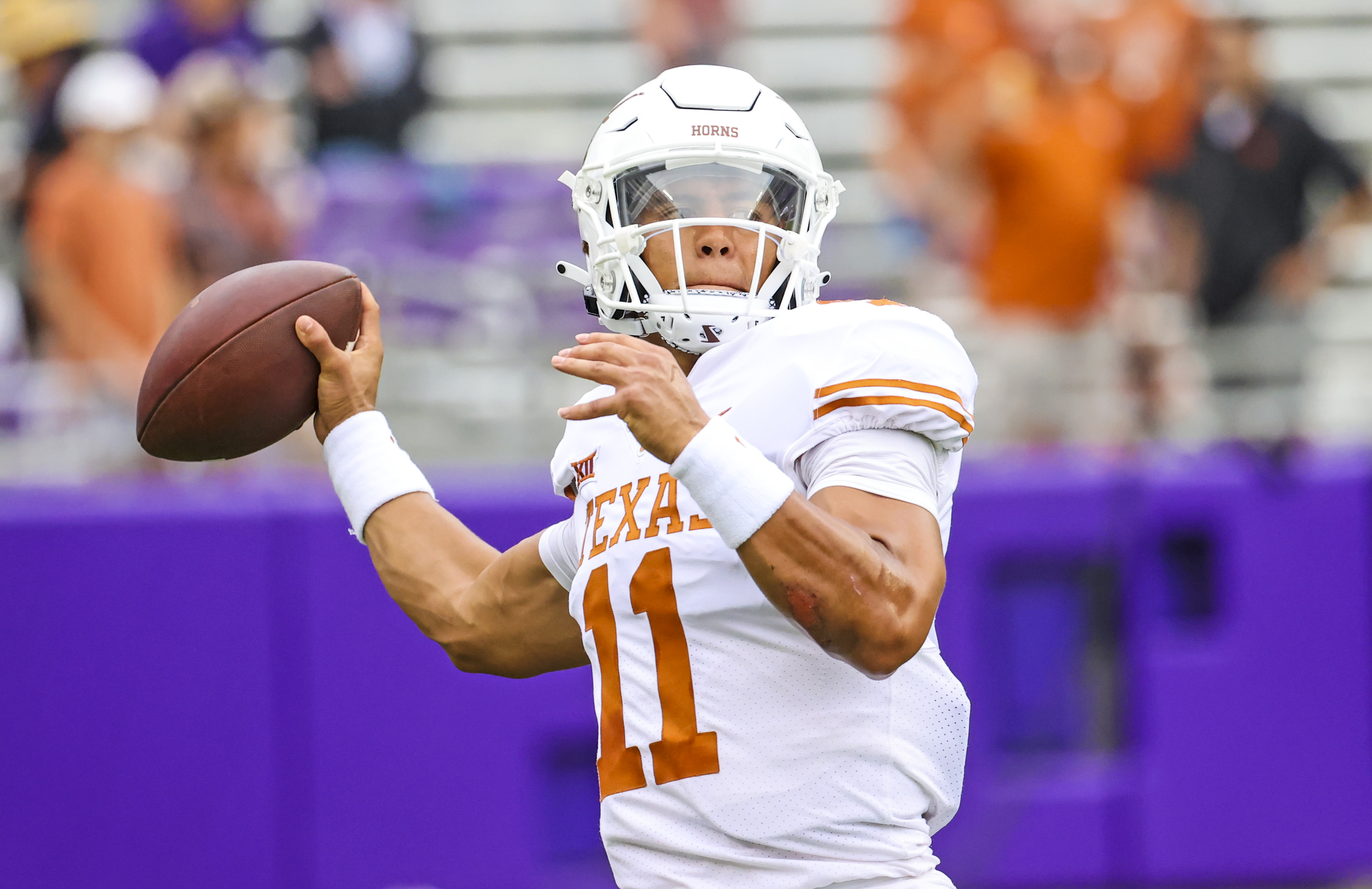 Kevin Jairaj-USA TODAY Sports
Sarkisian didn’t have his guy at quarterback. Neither Hudson Card nor Casey Thompson came to Austin for the head coach. Card did not look ready for the moment, and Thompson wasn’t consistent. Without the utmost confidence in your passer, how far are you really going to go? 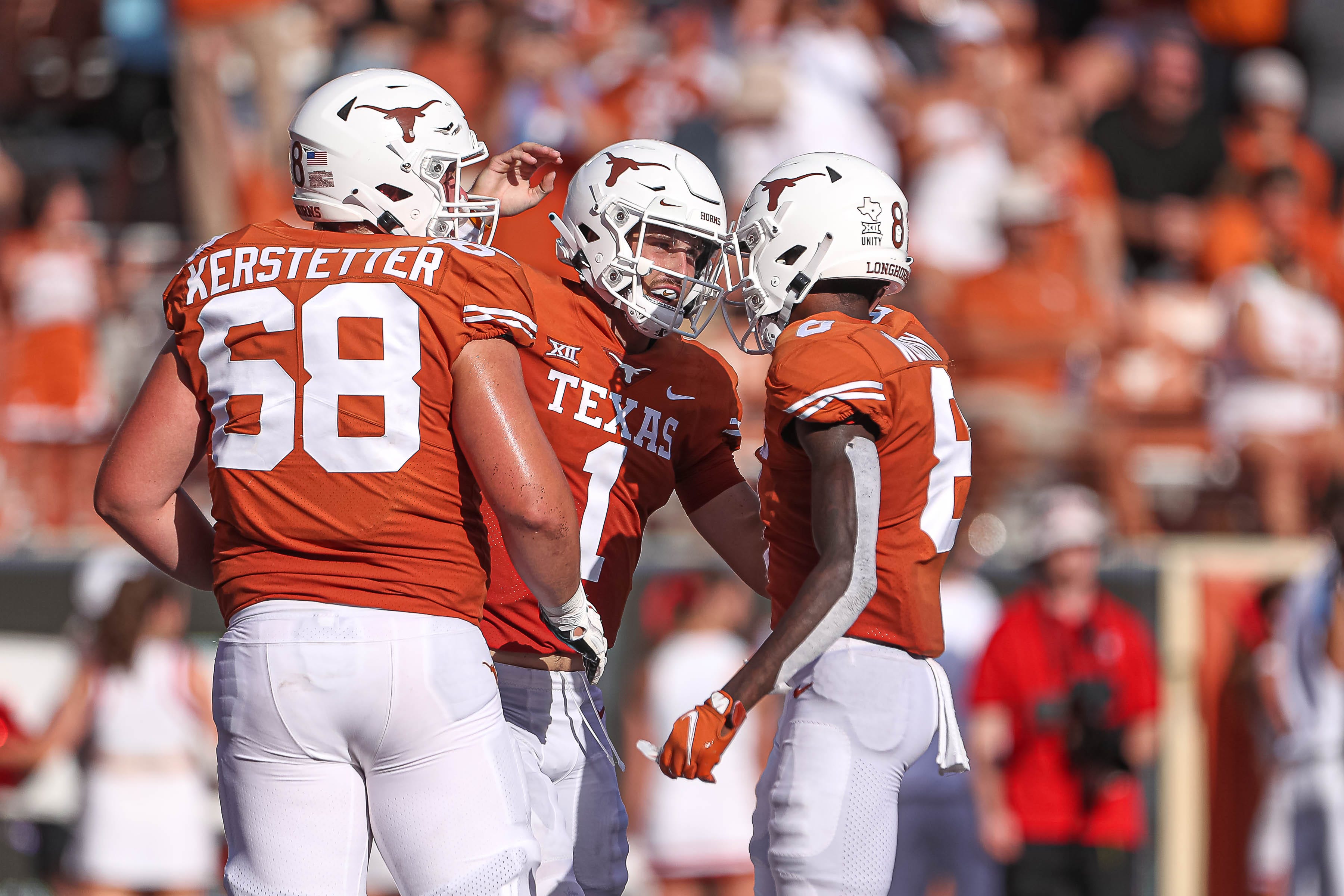 Scott Wachter-USA TODAY Sports
When it came to protecting the quarterback, Texas had a big problem. The Longhorns’ offensive line wasn’t up to the task in 2021. What was the biggest reason? Recruiting under Herb Hand and Tom Herman was abysmal. They brought in players who were University of Houston quality, not Texas. 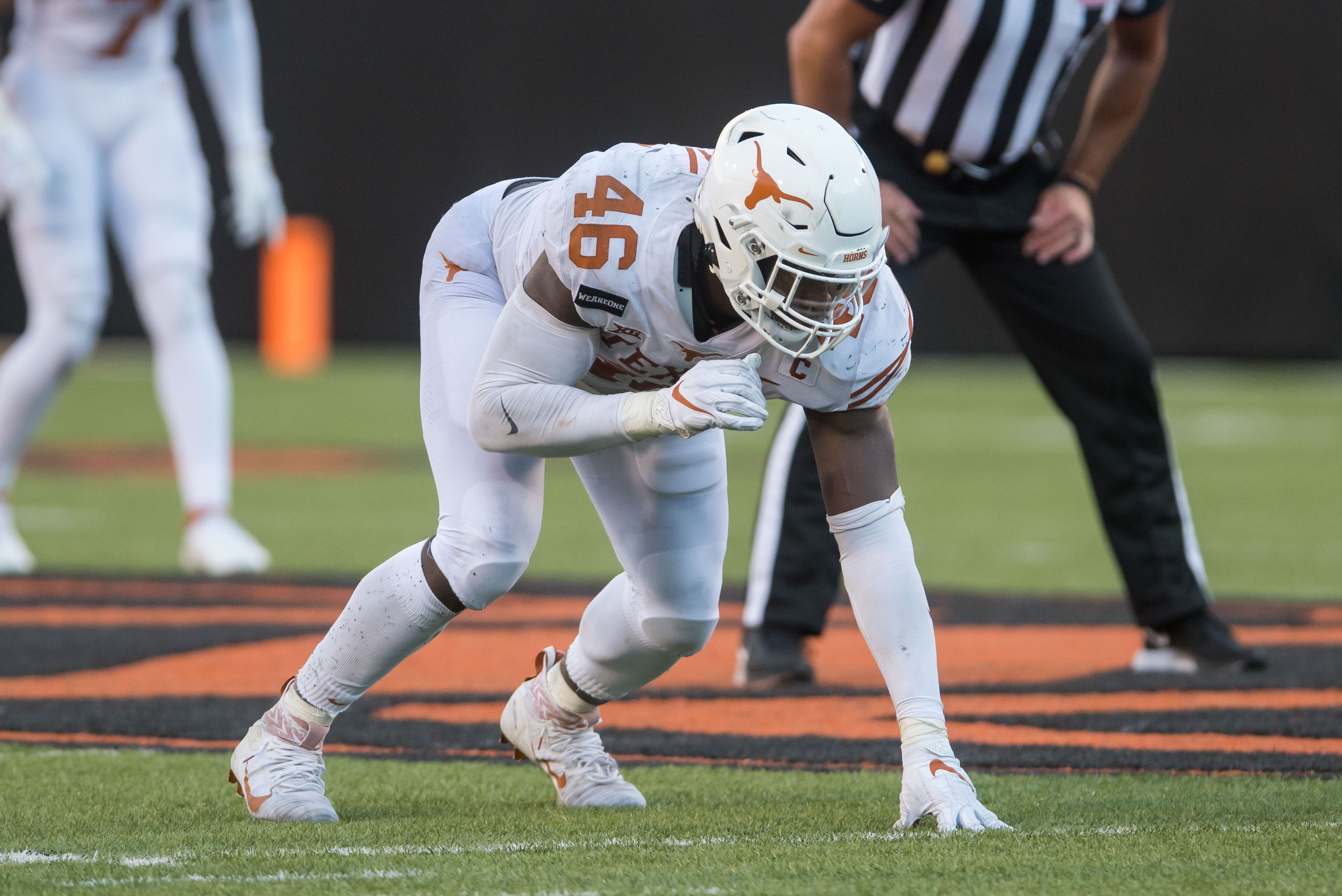 Brett Rojo-USA TODAY Sports
There was no bigger hole on the team than the defensive front. The defense severely missed a Joseph Ossai wreaking havoc on the front lines. Outside of Alfred Collins’ 15 quarterback pressures, no other pass rusher had more than 14. Most had fewer than than 10. With the way the passing game is heavily leaned upon in college football, that will never cut it. The Longhorns didn’t have playmakers. 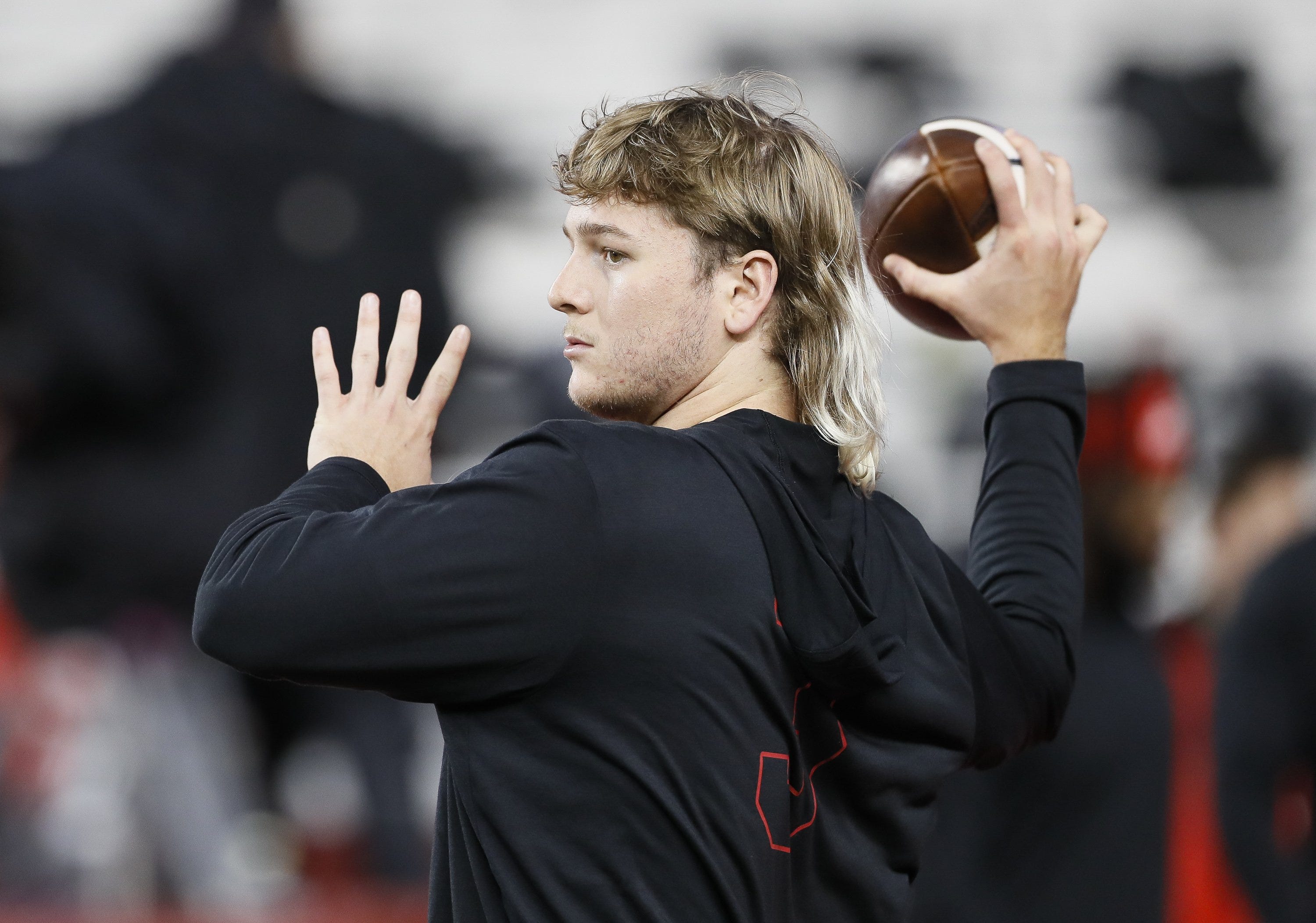 Adam Cairns/Columbus Dispatch / USA TODAY NETWORK
Texas knew it needed help. After a video of defensive line coach Bo Davis went viral, you knew the situation was about to change for the burnt orange. Players would exit stage left and a new group would come in. It started with quarterback Quinn Ewers, wide receiver Isaiah Neyor and tight end Jahleel Billingsley. The team loaded up with a top-five recruiting class and playmakers on the offensive side coming in through the transfer portal. 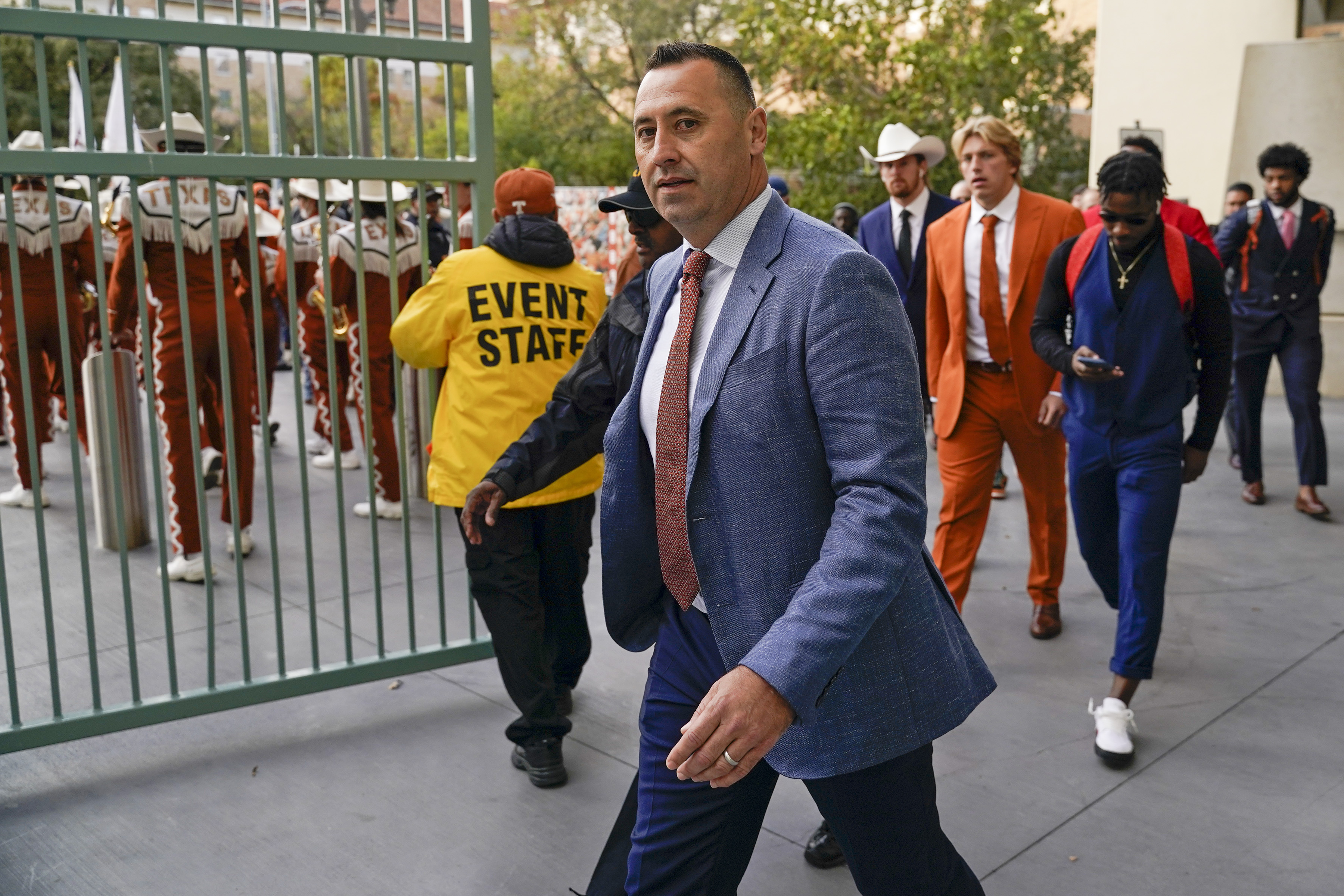