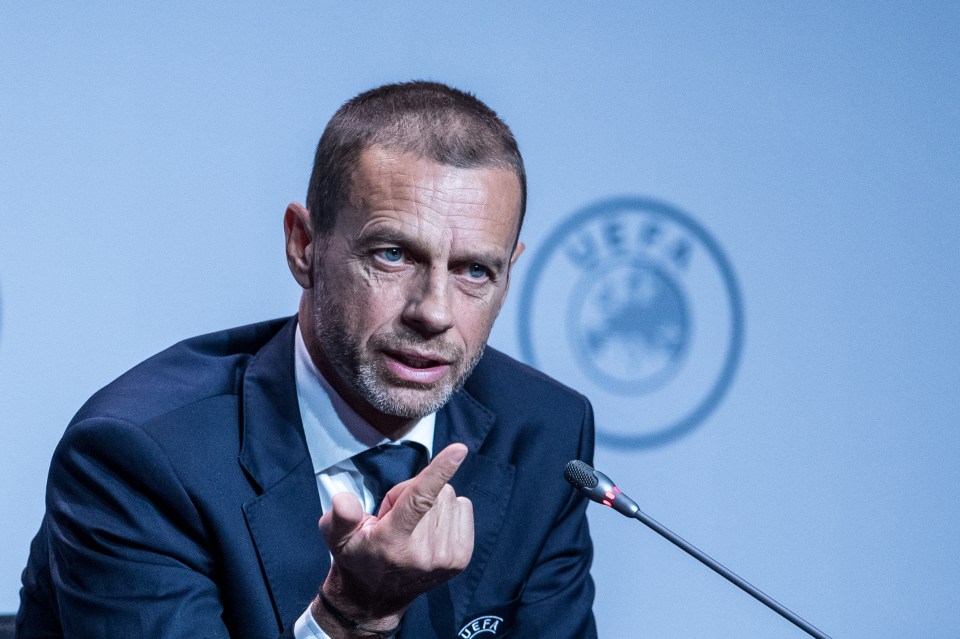 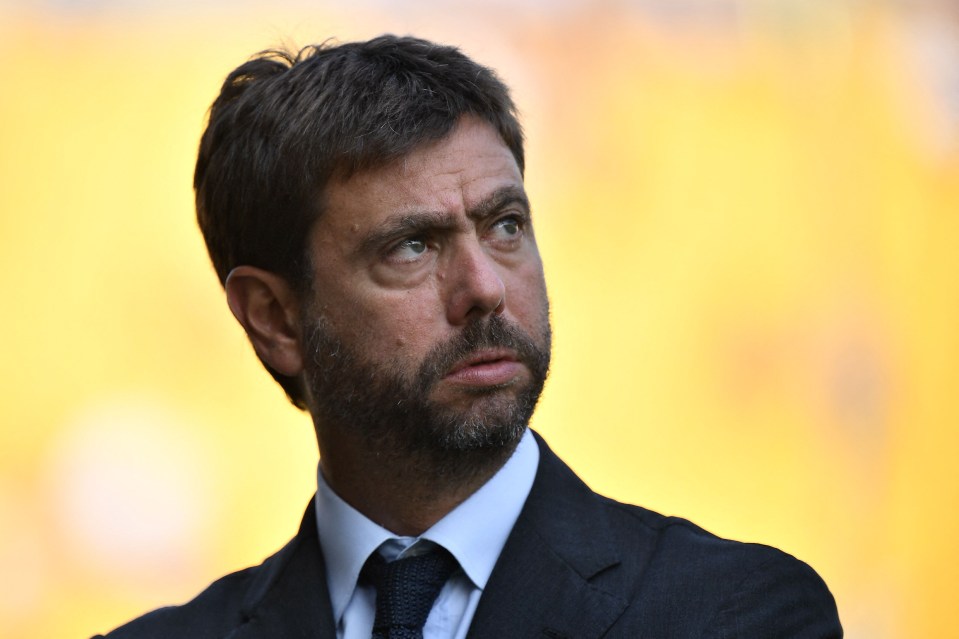 The world of football was left shocked in April last year when ‘The Super League’ was launched, only for it to fall flat on its face mere days later.
The 12 founding teams, including six of the Premier League’s biggest clubs – Liverpool, Manchester United, Man City, Tottenham, Arsenal, and Chelsea – signed up, but gradually declared their exits as supporters and players vehemently protested the plans.
Three teams still remain though, in the shape of Spanish giants Madrid and Barca, along with Juventus.
The Financial Times Business of Football Summit has pitted both sides of the debate together, with Tebas and Ceferin speaking in front of Juve’s Agnelli.
Tebas claimed that the remaining ESL trio met at Agnelli’s house as recently as last week, planning to add promotion and relegation to their league, whilst stressing a commitment to weekend domestic football.
The plans come as a clear threat to the Champions League, with UEFA’s Ceferin joining the summit to condemn the trio. 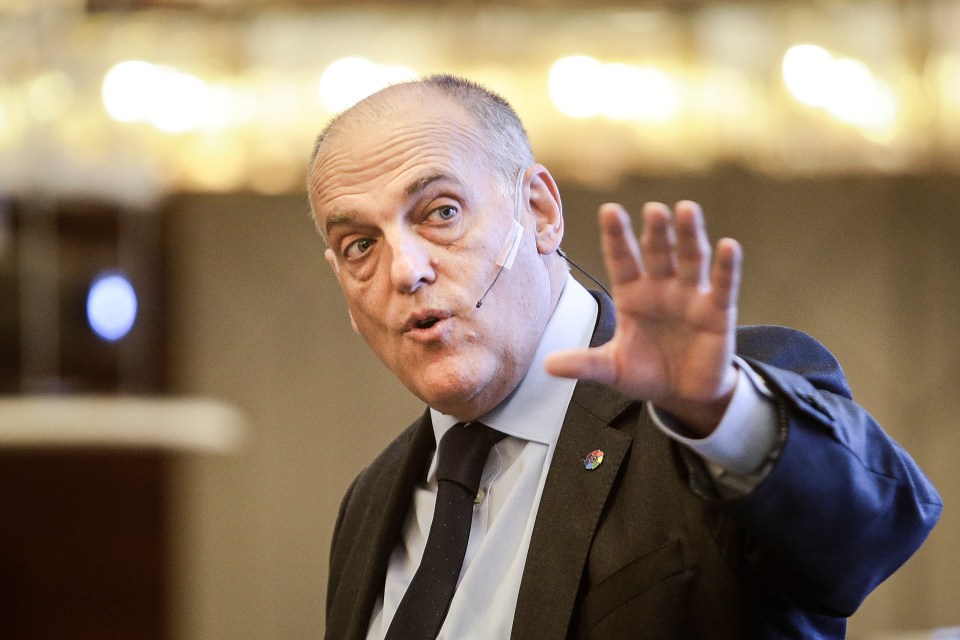 “I have to say that those speaking about the Super League are not speaking about football. I am sick and tired of this non-football project,” the Slovenian said.
“First, they launched their nonsense of the idea in the middle of a pandemic. Now, we read articles that they are planning to launch another idea now in the middle of a war.
“Do I have to speak more about these people? They obviously live in a parallel world.
“For anyone to compare the reform of the Champions League with the Super League is not serious.” 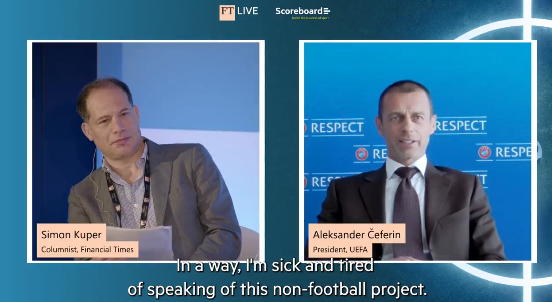 LaLiga president Tebas then spoke live in front of Agnelli, directly attacking the Italian in what was described by one attending journalist as ‘extraordinary tension’.
“He [Agnelli] will have to explain it, if he doesn’t explain it, he will be lying,” Tebas said.
“A week ago, I think it was in his house there was a meeting of the three teams. Now they are saying they don’t want fixed slots, Real Madrid are saying they don’t want the first slot. It is false. 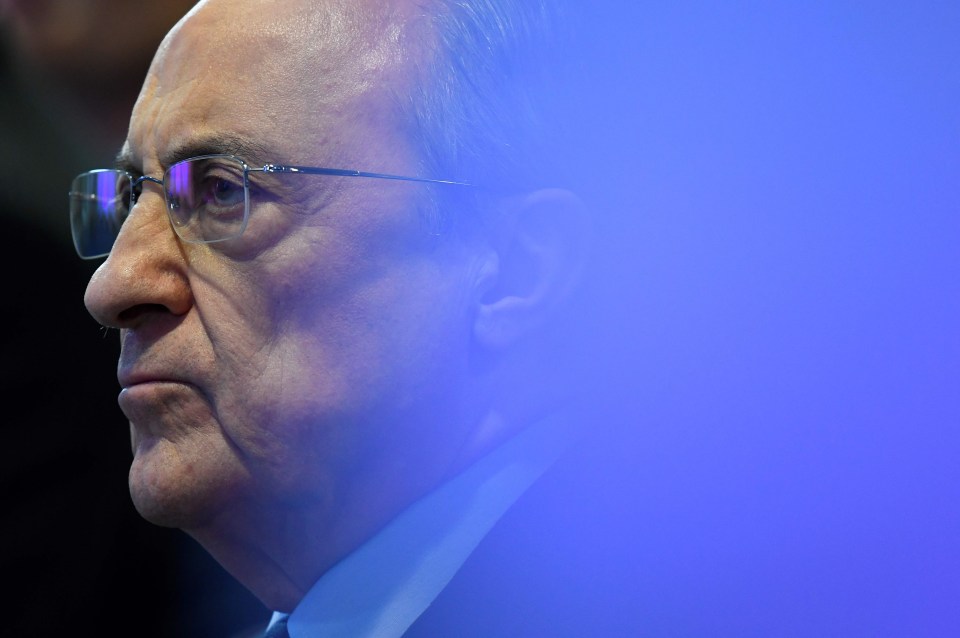 “It is very difficult for the English teams to form part of this competition so they are creating a European league with two categories and the national leagues are the second categories.
“There will be two or three people relegated but there will always be the typical teams – Juventus, Barcelona, Real Madrid. It will be difficult for them to go down.
“They have made enemies of UEFA and the Premier League, whose growth goes against their model. We know this, we have got this information. They can say what they want but this is what they are working on.
“Every time I read about it, I get cross, I think they lie more than [Russian president Vladimir] Putin to be honest. 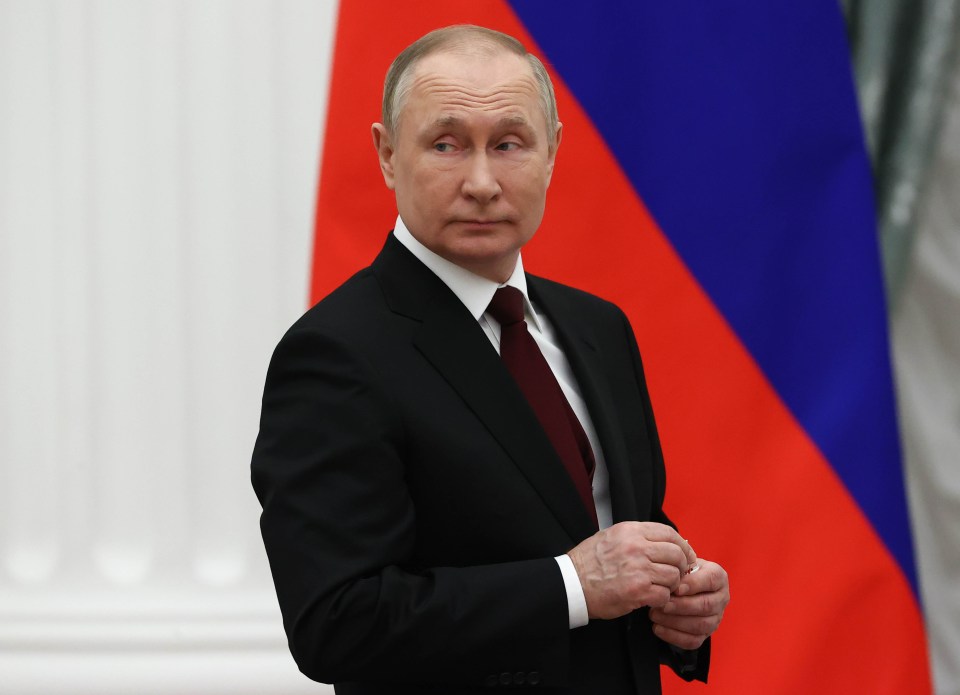 “They are insisting that introducing this will not affect national leagues. We must be idiots, we must be dumb. But we all say it hurts the national leagues.
“For me it is an insult, I feel humiliated. They will do huge harm.”
Agnelli is due to speak at the conference.
LaLiga president Tebas then took aim at Real Madrid boss Florentino Perez.
“Perez already said it, he wanted to be in charge,” Tebas explained “The rest should not worry, they will give us just the crumbs.
“That is the Super League in a nutshell, a series of clubs with assets and wealth, they want to dominate the rest.
“For many years, they have gone along with this line and this is what we have to avoid.”
Sky Bet: Place Any Bet, Get £30 in Free Bets* – CLAIM HERE
Bet365: Bet £10, Get £50 in Free Bets* – CLAIM HERE
Sky Bet: NEW CUSTOMERS ONLY,FIRST SINGLE & E/W BET ONLY, 5p MINIMUM STAKE, 3 x £10 BET TOKENS. FREE BET STAKES NOT INCLUDED IN RETURNS. FREE BETS EXCLUDE VIRTUALS. FREE BETS ARE NON WITHDRAWABLE. NO FREE BET EXPIRY. ELIGIBILITY RESTRICTIONS AND FURTHER T&CS APPLY. 18+ BEGAMBLEAWARE.ORG
Bet365: Min deposit requirement. Free Bets are paid as Bet Credits and are available for use upon settlement of qualifying bets. Min odds, bet and payment method exclusions apply. Returns exclude Bet Credits stake. Time limits and T&Cs apply 18+ Begambleaware.org
This service is provided on talkSPORT Ltd’s Terms of Use in accordance with our Privacy Policy.